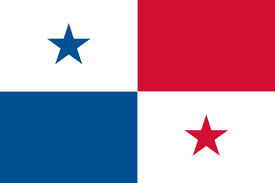 A relative asked me on social media, “Why Panama?” I gave her the short answer “Why Not?” as well as mentioning a longer answer if she was so inclined. She was, so this giant post is the answer.

First of all, the basic question of why are we in Panama can actually be two questions, and I want to answer them both. The first question revolves around the fact that we were in Mexico for a year and a half and are now in Panama, so why are we here and not in Mexico anymore? The second one is basically, “Why are you not living in the United States?”

Why are you in Panama instead of Mexico?

We arrived in Panama in May 2015 because in April 2015 my wife piped up one day and said, “I want to have the baby in Panama.” I was shocked, but also excited. I said yes immediately. I have mentioned Panama as a destination for years, but she never took the bait. When we found out we were due for a second child, she started searching for midwives that oversaw home births in the area of Mexico we lived in at the time. We found out through locals and expats alike that there were no midwives. Everyone lined up at the hospital for their c-sections and then it was back to work. We had several gringo midwives who vacation and/or live in San Carlos offer up their services, but this was less than desirable. If there were problems and medical intervention was necessary (unlikely, but nice to have a backup plan) then it would be total chaos, that midwife not having any contacts in the local hospital or medical fields in Guaymas. Not fun. There was also the issue of citizenship and if the child was born male in Mexico, he would have to choose between being an American or being Mexican since Mexico has mandatory conscription for males. Dual citizenship is a blessing, having to lose it sucks.

We knew we did not want to go back to the States...traveling and living in other places is way more enjoyable for our family. So Yana, without mentioning it to me or anyone else, began looking into other Central American countries like Nicaragua and Costa Rica. She found them to have the same problems that Mexico has: hard to find people practicing midwifery. Then lo and behold she looked at a map and noticed that Costa Rica and Panama were neighbors, that Panama City is a HUGE world banking center and transportation hub (thanks to its famous canal), and she found a husband/wife team who were medical doctors in a hospital, but have also performed hundreds of home births for Canadians and Europeans. A few conversations later with them and she settled on their services, telling me about so afterwards. BAM! A month later we are in Panama.

Why are you not living in the United States?

Ahhh, this question. Americans living in other countries is not a new or rare thing. Hundreds of thousands do it every year. But most of those people are older, retired, and enjoying their Golden Years. The couple in their late twenties-early thirties with a kid in tow while still reproducing are indeed a very rare sight to be seen abroad.

True. We get around like a politician in primaries. Doodle is two and a half at this time and as a family we are in our eighth country. He has lived outside the States for longer than he has lived in it. There are a lot of reasons for this. Some of the reasons below are things we learned AFTER moving abroad. Most are things we decided beforehand.

Our kids will get a good education. But they will get it through much more than books. Our kids

will know about marine life by not only reading about it, but interacting with it in their natural habitat. They will learn economics and be able to compare living in one country or neighborhood compared with the political and financial climate of people living in a different country or neighborhood. The same can be said of weather, biology, political science, and history. We will also be able to individually cater to learning needs and styles of our children based on their individuality instead of a cookie cutter system aimed at the masses and testing regimens. That school system is not for everyone.

I don't think what people call the American Dream is accurate. The idea of the “American Dream” (having a mortgage, kids, two cars, and a yard) is so silly because on what planet do any two people have the same dream. People find it odd, sometimes crazy or dangerous, that we live the life we do now. They do not see our big picture. And that's okay. The other day Yana and I talked about how people back home treat us. I said, “They think we're the Jonses.” half jokingly, but probably surprisingly accurate.

But we are not wealthy. We make good money, more than average; but we don't live life like most Americans. Most of our friends stateside see our life and think we have it so easy, but fail to realize the sacrifices we made to get and stay here. They don't see the sacrifices we still make every day. We don't have a smartphone anymore. We have no clue what Twitter or Facebook is doing unless we are at home in front of our computers or in a cafe with wireless (and felt like bringing the laptop along). The electricity over the last couple years goes out a lot. We have felt small earthquakes here in Panama three times since we arrived a week and a half ago. Everything we own is either in the four suitcases we brought to Panama, or stored on our sailboat in Mexico. We no longer have any furniture. We have one vehicle, which at the moment is in the States, unused. We walk down a mountain (a dormant volcano, mind you) waiting for a taxi or bus to come by, hope they have room, and let us on. We've waited up to an hour and a half for a ride like that. We go to the grocery store and have to sometimes not get certain things we want because we don't have room or because it would make things too heavy to carry what we do need.

Aside from our boat, we have no actual home. We rent. The cabina we are in now is a studio, and we only have it for a month before moving to another place for a couple months. The kitchen sink, counters, and stove/oven are outside. We cook, eat, then clean outside. After Boquete we are off to Panama City for the birth of our second little one. We still do not know where we will live yet. We haven't really started looking. But we are okay with all of this. We have lessened the “stuff” in our life and replaced it with living through experiences that most people in the US will never know. They have too much stuff to take care of. George Carlin hit the nail on the head with that one...

We are happy though. We are not alone. There are others we have met living the same life we are. Some of them by choice, some not. Some live and travel with smaller budgets thane we do (in some cases WAY smaller) and there a few that do it with a lot more. But we don't do it because of what our family thinks or how dangerous it may or may not be. People always tell us to send them pictures of our travels and experiences and we tell them we don't really take that many pictures. It's not because we don't want them to see what we see. It's not because we think that if they want to see the cloud-covered mountains of Boquete then they should get their asses down here and do it (which they should, by the way). We don't take pictures because the camera gets in the way. We want to see the world without looking through the lens. No distortion. No zooming. No click. It's just us and the place where we are right now. And that is how we live our life...based on what we see right now.

Why Panama? We are in Panama because we stopped gathering stuff and sold everything. We are in Panama because we can see a new country, meet new people, qualify for another citizenship, cook outside in the weather, hike trails on a 120-yr-old coffee farm, and anything else the likes of which we have no idea is around the corner. Panama is part of our “American Dream” and we chase our dream in the hope that you are chasing yours. Don't try and keep up with the Joneses....BE the Joneses.