So why did I have my baby in Panama? A little history...

I wasn't always a proponent of homebirth, and honestly before I was pregnant I never paid much attention to it. When I became pregnant with my first child Doodle, I had good health insurance through a national law firm. I initially called the hospital for a prenatal appointment. The lady scheduling the appointment was so rude to me, that I thought “if this is how they are acting now, how will I be treated during labor?” It was also during this time I watched “The Business of Being Born” which opened my eyes to the birthing practice in America. I don't like being told what to do, even my husband telling my I'm using the wrong knife to cut onions gets on my nerves, the last thing I want would be told that I'm not progressing through labor quick enough and I need to stay laying down in a bed with ice chips to munch on. No thank you! I quickly came to the conclusion that I didn't want a hospital birth, so I found a birthing center that claimed they catered to the individual needs of each patient, and that appealed to me.

My family for the most part lives a primal lifestyle and often that is not in tune with Western medicine practices. All was going well with the birth center until...the midwife asked if my husband and I were going to get the whooping cough vaccine before the birth of our child, and when we politely declined, the midwide stated “so you want to kill your baby” --scare tactics--not cool! Then secondly when it came time to test for gestational diabetes, I was told I HAD to drink the nasty syrupy drink or go to nutritional counseling. Ummm..ok so #1 we already eat paleo (which is basically the diet recommended if you do go to nutritional counseling, so chances of me having gestational diabetes was pretty low) and #2 I have heard from other paleo women that drinking the syrupy drink can lead to a false positive for gestational diabetes because your body is not used to that much sugar at one time. It was after these events and the “awesome” attitude of our midwife that we decided to leave the birthing center. Third-time is a charm. I called a midwife who was used by two of my friends, and the rest is history! I had an amazing home waterbirth with Doodle..and yes..he was even breech! We still joke about it today, because after Doodle was born, I leaned back in the pool and said “that was easier than running a marathon” which it was!

Fast forward a little over two years and I am pregnant with Mouth. We were living in San Carlos and I figured there has to be someone who would do a homebirth. But to no avail we couldn't find any local practicing doctors or midwives that performed homebirths. There were sailors who were midwives that periodically came to San Carlos, but there was no guarantee they would be in San Carlos for Mouth's birth and they didn't have any connections with the medical community in case of an emergency. I actually had a dream that I should have my baby in Costa Rica. I knew Chris mentioned he wanted to go to Panama...so I did a little research comparing both homebirth in Costa Rica vs. Panama and just the overall lifestyle and internet availability (which I need for work) and Panama won.

The risky part was there is only one doctor in Panama that practices homebirths. So if for some reason, he or his wife (who is also a doctor) weren't available you were SOL. But we decided to take a chance and go to Panama. I had two ultrasounds in Mexico, met Dr. Aybar in May and then again one week before I went into labor, and then of course he was here while I was in labor. I didn't have much prenatal care (in terms of doctor visits) and I didn't really need it. There were doctors available in Boquete (where we were staying from May-August) but I was healthy, baby was growing and moving and I didn't feel the need to see one. 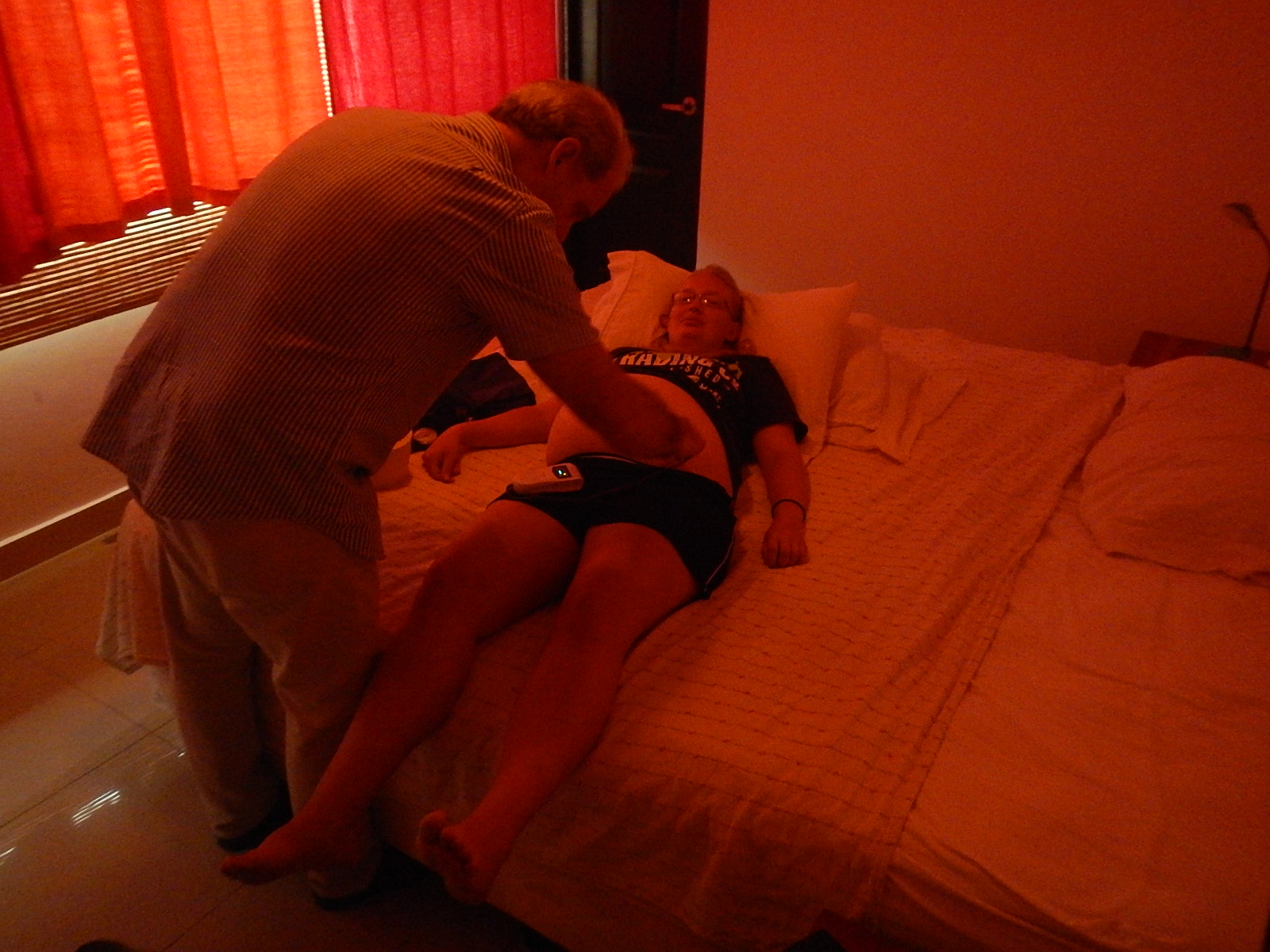 Dr. Aybar brought us the pool about two weeks before my due date so we had it at the house if we needed it. I went into labor around midnight, and little Mouth was born after eight in the morning. For the most part the contractions weren't too bad and I'd just walk around or lean on the chair. It was as labor progressed that I got in the pool (which by the way by hubby blew up with his mouth because we didn't have the right hose to connect to the pump). As you can see I had my little helper by my side, who kept saying “agua, agua”. 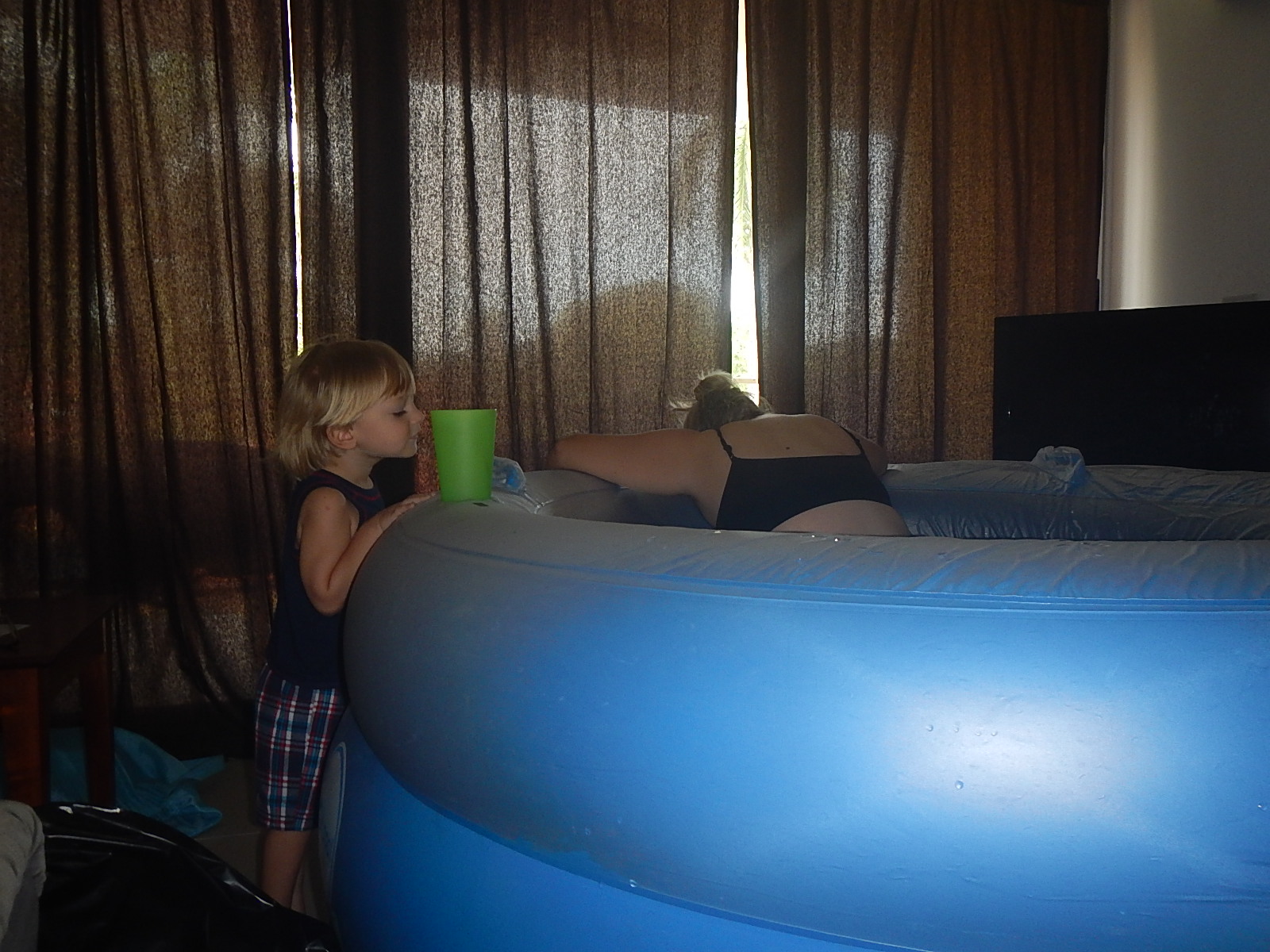 During labor I had iced tea, chips (not primal I know) and dark chocolate. I needed the fast energy after hours of labor. The hot water does a wonder on back labor and made it that much easier. I know labor isn't “easy” exactly, but I just tried to relax, not fight the contractions and let them do what they had to do--which is move the baby along. Little Mouth was born at 8:50 am and weighed 7.8 pounds.

The actual birth of Mouth was pretty simple, straight forward. Dr. Aybar and his wife were great in that they let me do my own thing during labor. I wasn't in Panama City for most of my pregnancy, so I didn't see Dr. Aybar that many times, but the times I did see him all went well. I don't regret coming to Panama to have a baby, I regret not knowing or being able to find out about the actual process/length of time it takes to obtain a birth certificate for a homebirth in Panama. Stay tuned... 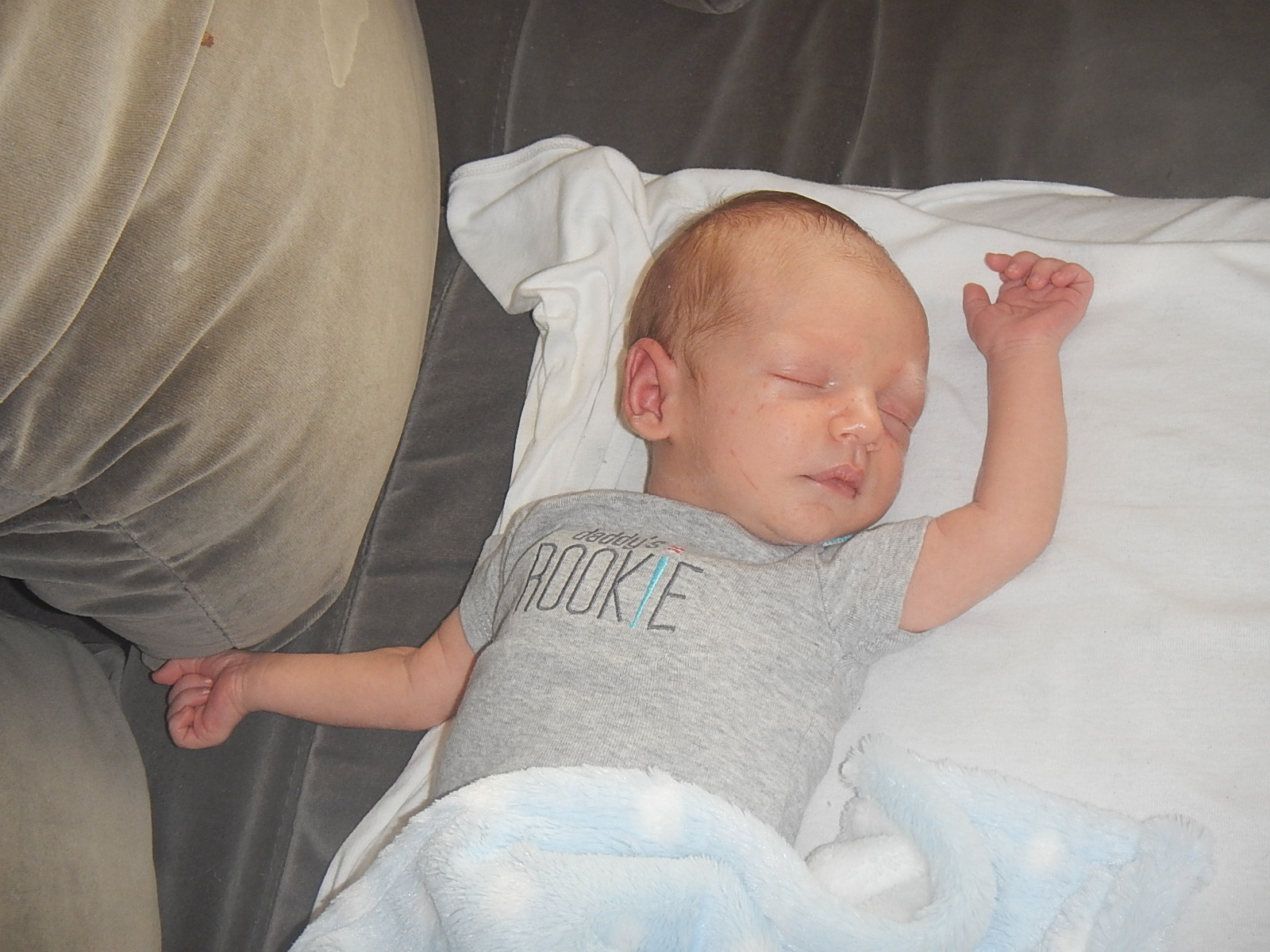 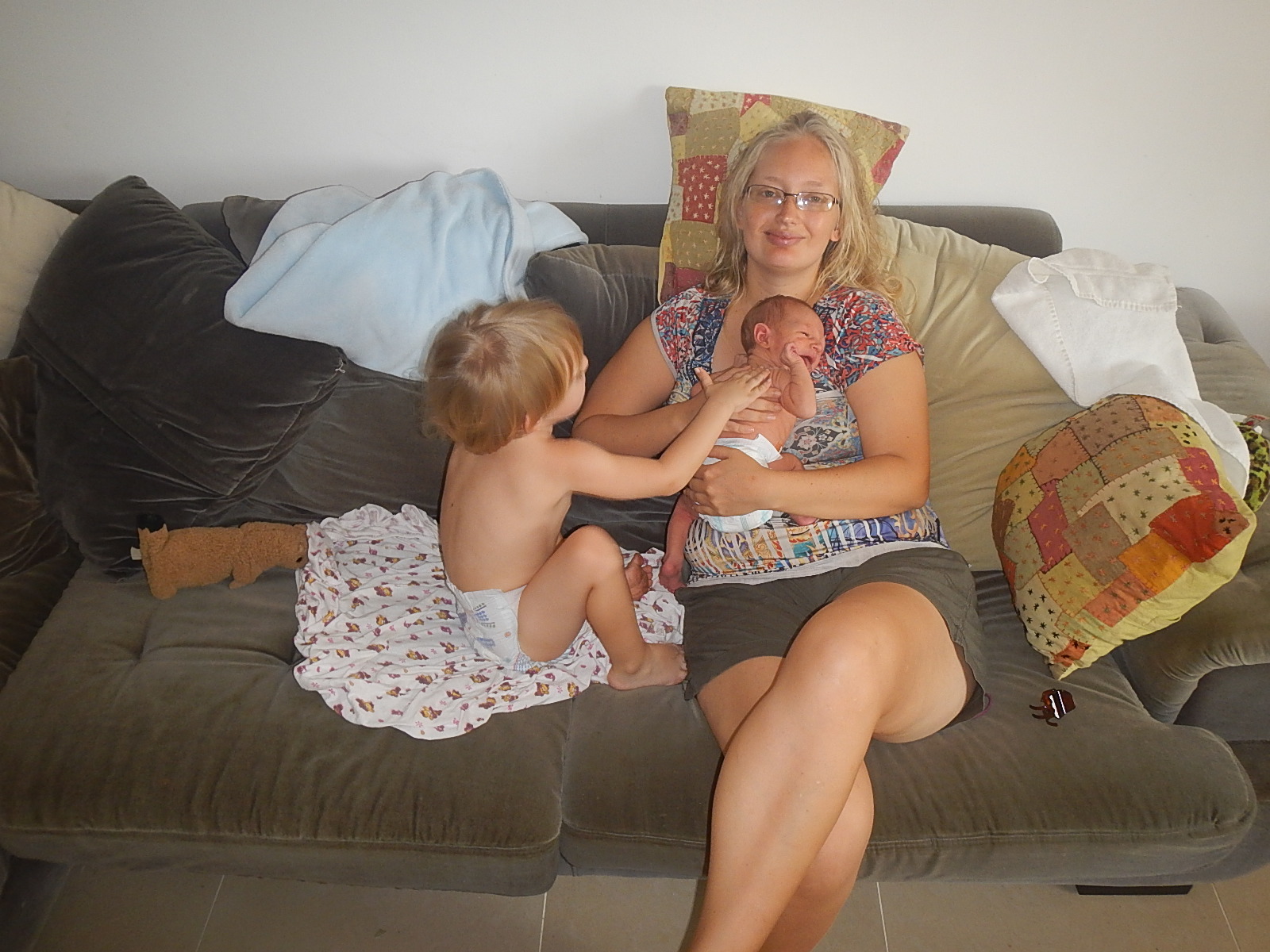